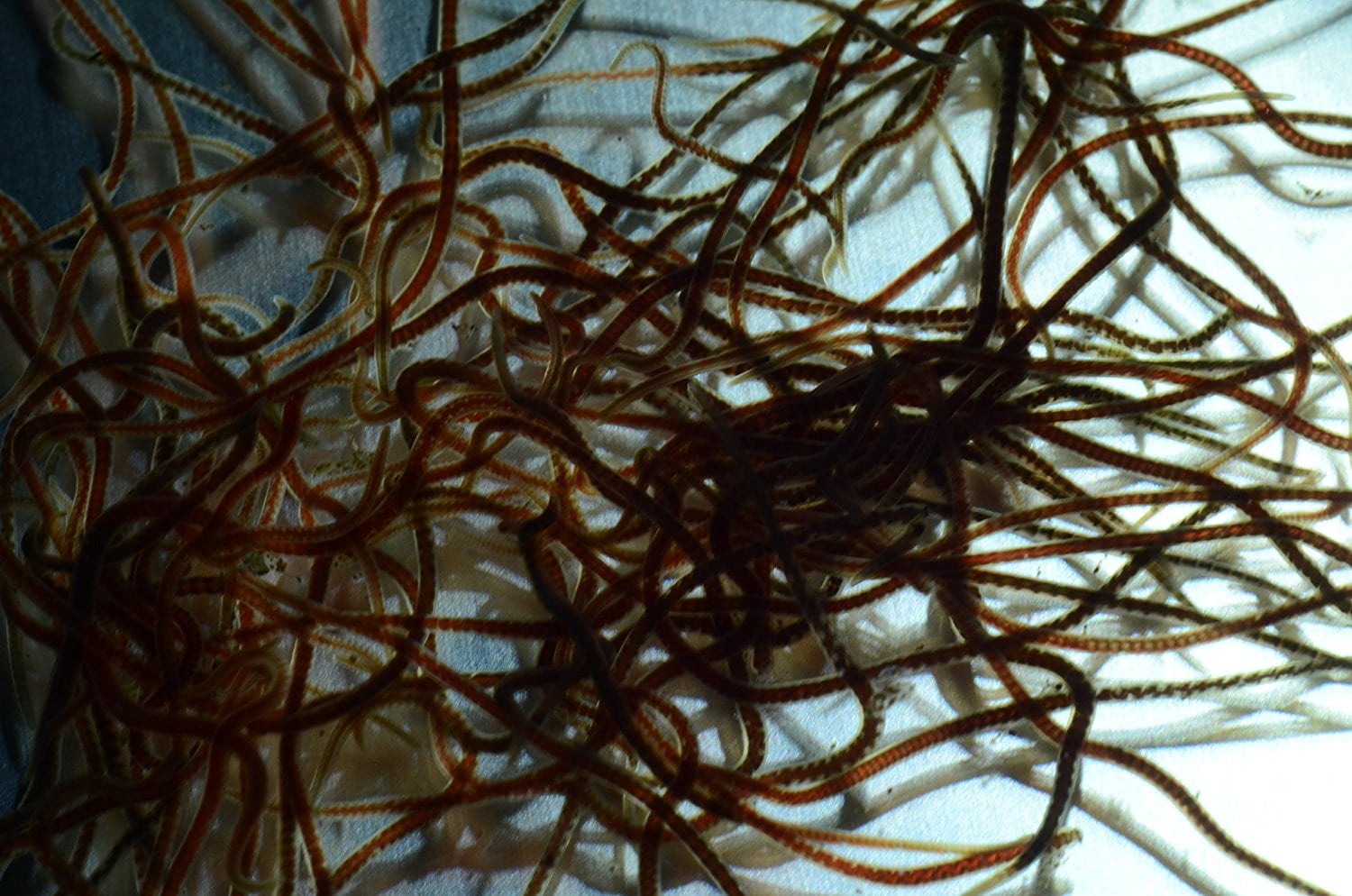 Habitat and Ecology: These worms live in muddy sediments, especially in shallow water along the edges of marshes and ponds throughout the United States, and many other parts of the world.

Body and support: Black worms usually have 150-250 body segments. They have no skeleton, but the fluid inside them gives them support and form.

Reproduction and Development: Like earthworms, each black worm has both male and female sex organs, but sexual reproduction is uncommon, at least under laboratory conditions.  Reproduction is most commonly by fragmentation. That is, worms simply break apart and each fragment becomes a new worm by growing a new head and/or tail. This amazing process is called regeneration. What if humans could regenerate fingers, arms, toes that were cut off?

Feeding and Digestion: Worms eat dead and decaying vegetation such as submerged leaves and wood, as well as small organisms, such as algae, bacteria, and protozoa. They have a complete digestive tract with a mouth and anus. Contractions of the intestine are easily seen through the body wall in whole worms.

Respiration: Worms have no lungs or gills. They breathe through their skin. They can use the dorsal surface of their tail for obtaining oxygen. So, in shallow water, they stick their tail up to the water surface to obtain more oxygen. But, even when there is little oxygen in the water, worms can still survive for long periods of time.

Nerves, Muscles and Movements: A nerve cord, made up of many nerve cells, is found just below the intestine, along the entire length of the body. The nerve cord controls the worm’s muscles that, in turn, cause it to move. Worms use their muscles to crawl through the mud. They get extra traction from bristles that can be projected from the side of their body. Worms will rapidly pull back their head or tail if it is touched. Worms that hold their tail up to the water surface may quickly withdraw it if a shadow suddenly occurs. This is because these worms have tiny simple “eyes” (called photoreceptor cells) scattered along their tail segments! In water, worms can also swim for short distances by making corkscrew movements with their body.